On 29 March 2017, the Bankruptcy (Amendment) Bill 2016 (“the Bill”) was passed by Dewan Rakyat. The Bill was recently passed by Dewan Negara on 27 April 2017 and is now pending Royal Assent. Once Royal Assent is granted, the Bankruptcy Act 1967 will be referred to as the Insolvency Act 1967 and amendments under the Bill will come into operation on the date appointed in the gazette.

The new Bill is more debtor-friendly and may contribute to reducing the number of bankrupts in the coming years. However, this will also make it more difficult for creditors to commence and maintain bankruptcy proceedings against debtors and guarantors.  Banks and financial institutions would do well to review their internal loan approval processes to ensure that they are sufficiently rigorous to take into account the changes under the Bill.

9 key changes brought about by the Bill:

Voluntary arrangement, as defined in the Bill, is a composition in satisfaction of a debtor’s debt or a scheme of arrangement of a debtor’s affairs. This special mechanism offers an ‘escape clause’ for debtors because this allows an individual to enter into an arrangement with his creditors at any time prior to being declared a bankrupt. Through this rescue mechanism, debtors are allowed to negotiate or propose a structured plan to settle their debt with their creditors.

2. Stringent requirements for service of bankruptcy notice and creditor’s petition

Currently, creditors are able to serve the bankruptcy notice and creditor’s petition by way of substitute service.  Under the proposed amendments, the bankruptcy notice and creditor’s petition shall be served by way of personal service. Substitute service is still allowed but the creditor now has a higher threshold to satisfy. The creditor has to prove to the satisfaction of the court that the debtor has the intention to defeat, delay or evade personal service by being out of Malaysia or departing out of Malaysia or absenting himself from his house or closing his place of business.

The two-tier order system namely “Adjudication Order and Receiving Order” is now replaced by a single order for bankruptcy whereby the debtor will be adjudicated as a bankrupt upon the granting of a bankruptcy order.

4. Minimum debt threshold has been increased

The minimum debt threshold for the filing of a bankruptcy petition has been increased from RM30,000 to RM50,000.

Social guarantors are those who do not profit and essentially provide a guarantee for an education loan, hire purchase transaction for personal or non-business use, or a housing loan for personal dwellings.

The amendments do not however absolve social guarantors completely as they would still be subject to legal proceedings for debt recovery for example in cases such as hire-purchase loan agreements.

6. Leave of court required to commence bankruptcy proceedings against other guarantors

Under the Bill, a creditor will need to obtain leave of court to commence proceedings against other guarantors and would have to demonstrate that the creditor has exhausted all modes of execution and enforcement to recover debts from the debtor.

Certain individuals will also be afforded protection under the Bill. Creditors cannot object to the issuance of a certificate discharging the following individuals as bankrupts:

Currently, there is no “automatic discharge” and a bankrupt may only be discharged upon making an application to court at any time after he is adjudged a bankrupt or he has been issued a certificate of discharge by the Director General of Insolvency (DGI) after 5 years from the date of the Adjudication Order and Receiving Order.

The Bill also reserves the creditors’ rights to object and apply for an order to suspend the discharge on limited grounds.

9. Establishment of the Insolvency Assistance Fund

A new fund known as the Insolvency Assistance Fund is created under the Bill to be administered and controlled by the DGI for the purposes of improving the administration and proceedings relating to bankruptcy.

If you have any questions or require any additional information, you may contact Ravichandran Sinnappah, Khoo Kay Ping or the ZICO Law partner you usually deal with.


This alert is for general information only and is not a substitute for legal advice. 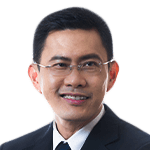