Earlier this year, Parliament passed the Malaysian Anti-Corruption Commission (Amendment) Act 2018 (“MACCA Amendments”). The MACCA Amendments introduced notable changes to the Malaysian Anti-Corruption Commission Act 2009 (“MACCA 2009”) including the introduction of section 17A of the MACCA 2009, which imposes liability on a commercial organisation for corruption committed by persons associated with the commercial organisation. This provision is expected to come into force soon.

The Corporate Liability Provision – Section 17A of MACCA 2009

Where a commercial organisation is found liable, a director, controller, officer, partner, or any person who is concerned with the management of its affairs at the time of the offence, will be held jointly and severally liable with the commercial organisation. Upon conviction, the person can be punished with a fine of not less than 10 times the sum or value of the gratification, if it can be valued, or RM1 million (whichever is higher), or imprisonment for a term not exceeding 20 years, or both.

The above mentioned persons may rely on the statutory defence if it can be proved that the offence was committed without his consent or connivance and that he exercised due diligence to prevent the commission of the offence as he ought to have exercised, having regard to the nature of his function in that capacity and to the circumstances.

The Minister is expected to issue guidelines relating to what amounts to adequate procedures.

Anti-corruption practices in other jurisdictions

Essentially a company will be guilty of the offence if they make corrupt payments to foreign officials intending to obtain business or to get an advantage in the conduct of business for the company. The anti-bribery provision under the FCPA 1977 applies mainly to:

In September 2018, Petroleo Brasileiro S.A (“Petrobras”) agreed to pay USD853.2 million in penalties over the “Lava Jato” bribery scandal. This was one of the largest corruption scandals in Latin America which led to the jail sentence of Brazil’s former president, Luiz Inacio Lula da Silva. The settlement, one the biggest corruption related settlements entered into between US and the Brazilian authorities, was to resolve the US government’s investigation into violations of the FCPA 1977 in connection with Petrobras’ role in the facilitation of payments of bribes by several former Petrobras executives and board members to Brazilian politicians and political parties.

The executives and the board members of Petrobras were also found to have concealed the payments from investors and regulators by falsifying their financial statements and accounts. According to Petrobras’ admission, the facilitation of millions of dollars in corrupt payments to politicians in Brazil occurred while the company’s American Depository Shares were trading in the New York Stock Exchange. The FBI’s International Corruption Squad in Washington DC, the Criminal Division’s Fraud Section (responsible for investigating and prosecuting all FCPA matters), and Assistant US Attorney collaborated with the Brazilian law enforcements to investigate the case.

Meanwhile in January 2017, Britain’s leading multinational manufacturer, Rolls Royce, was found to have falsified accounts to hide the use of illegal middlemen, attempting to thwart investigations into corruption and paying to secure orders and deals in Indonesia, Russia and China. To avoid prosecution by anti-corruption investigators, Rolls Royce entered into a GBP671 million settlement. The investigation led by UK’s Serious Fraud Office uncovered a systemic use of middlemen over three decades to clinch contracts in multiple countries.

Rolls Royce admitted in court that it gave GBP2.25 million and a Rolls Royce Silver Spirit to an individual in Indonesia in exchange for a contract. In Thailand, the company paid more than GBP36 million to agents in helping to secure three separate contracts to supply Trent Aero Engines to Thai Airways. Rolls Royce failed to prevent bribery in the extension of a GBP5 million cash credit to China Eastern Airlines in exchange for the purchase of engines for aircraft in 2013. During the investigation, 30 million documents were found by 70 investigators relating to middlemen and more than 200 interviews of former and current Rolls Royce employees were conducted. Despite the settlement agreement, individual executives were still charged for corruption.

While section 17A of MACCA 2009 imposes corporate liability for commercial organisations, it also provides companies with the ability to assert the legal defence of adequate procedures. If the organisation can prove that it had adequate procedures in place to prevent the occurrence of the corrupt act, it will amount to an absolute defence.

Companies must establish adequate anti-bribery measures to prevent, detect or respond in the event of any corrupt act occurring, including:

While the corporate liability provision under the MACCA Amendments has yet to come into force, it will have a tremendous impact in raising the bar on corporate governance, ethics and compliance. Companies must take a more proactive role in preventing corruption within their organisations.

If you have any questions or require any additional information, you may contact Nadarashnaraj Sargunaraj and Saritha Devi Kirupalani or the ZICO Law partner you usually deal with. 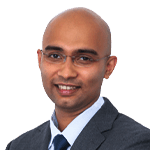