“Liberty never had to file bankruptcy…but we did go through tough times and painful debt restructuring in the 1990s.” – Jerry Falwell Jnr.- President, Liberty University

These are trying times, not just to the many individuals but also companies. The ongoing battle with COVID-19 has created stress points for many companies. While companies may face fears of business slowdown or going under, they should also be aware of potential opportunities, not just to survive through these economic challenges, but also to emerge stronger from the experience.  The purpose of this article is to provide a broad introduction on corporate rescue mechanisms that are available in our corporate landscape.

Restructuring is a mechanism designed to rescue and rehabilitate distressed corporations who may, nevertheless, still have potential commercial viability. It is axiomatic that to allow a commercially viable business to fold will be counter-productive to the economy, stakeholders and society at large. Restructuring also buys valuable time to enable viable companies to realign their practices and customer demands to meet a new paradigm likely to emerge in a post COVID-19 world.

In the current compressed economy with numerous challenges, companies are very likely to face losses. This in turn may well lead to a position of insolvency i.e. they are unable to pay their debts as and when they fall due. Whilst no company can be truly insulated from the effects of a downturn in the economy, the added dilemma presented by COVID- 19 has brought to the fore the acute difficulties faced by many companies, especially SMEs.

Companies who but for the fact that they are facing liquidity issues are otherwise commercially viable or have assets that are of sufficient value to attract potential investors or purchasers would be well advised to consider employing or adopting one of the various corporate rescue mechanisms that are available.

Before one proceeds to determine what is best for the future of any distressed company, it is imperative that the company, together with its legal and corporate financial advisors should consider the following:

“The Corporate Debt Restructuring Committee (CDRC) is a pre-emptive measure by the Malaysian Government to provide a platform for corporate borrowers and their creditors to work out feasible debt resolutions without having to resort to legal proceedings. This initiative has been put in place to ensure that all avenues are made available to assist distressed corporations to resolve their debt obligations.”

Companies seeking to resolve their debt obligations through CDRC must fulfill the following broad criteria:

Any company listed on Main Market or ACE Market of Bursa Malaysia (“Bursa”) that has already been classified as a PN17 or GN3 company respectively.

The expectation is that companies are viable as a going concern post-restructuring in all cases undertaken under the auspices of the CDRC.

Whilst the CDRC mechanism may be been seen to be robust and flexible, this mechanism is only applicable for creditors who fall within Bank Negara Malaysia’s (“BNM”) jurisdiction. Where there are a combination of different types of creditors including those within BNM’s purview, the company may have to consider whether to adopt the CDRC route combined with another rescue mechanism for other creditors or elect to adopt a single alternative rescue mechanism other than CDRC.

Whilst not limited to only insolvent companies, section 366 CA does provide a mechanism by way of a scheme of arrangement that is quite often used by insolvent companies. This mechanism is driven by the company and the idea is to restructure the company in a way that enables it to better face economic turbulence and hopefully, go on to prosper. Companies undertaking this scheme may obtain the benefit of court-supervised restraining orders against recovery and enforcement proceedings, albeit for a limited period. Assuming the requisite voting majority is achieved, and the court approves the scheme of arrangement, the terms of the scheme can be imposed on dissenting creditors and/or members.

The CVA is new to our corporate landscape having only been introduced via legislation on 1 March 2018. However, unlike schemes of arrangement, the CVA mechanism excludes the following:

These exclusions, particularly the fourth, severely limit the application of this mechanism. Where it does apply, it provides a statutory restructuring mechanism premised on consensus that is available to unencumbered private companies. The CVA mechanism provides for moratorium of legal proceedings against the company albeit for short period of time. CVAs can lead to a proposed voluntary arrangement to be imposed on all creditors, provided a simple majority of the members and a statutory voting majority of the creditors is achieved for the proposed arrangement. The CVA mechanism also requires the appointment of an insolvency practitioner to call for meetings and supervise implementation of the proposed arrangement.

This is another new feature in our corporate landscape introduced by legislation on 1 March 2018.  The High Court is now empowered to appoint a judicial manager to manage an insolvent company that fulfills the statutory conditions. The pivotal conditions are that the High Court must be satisfied:

Certain companies are excluded from utilising this mechanism but the exclusions are not as extensive as in the case of a CVA. They are:

A distinguishing feature of the JM compared to the other mechanisms discussed earlier is that the process is “managed” by a judicial manager, a qualified insolvency practitioner, appointed by the court. In other words, the functions and authority of the directors is ceded to the judicial manager for the duration of the entire process. This process also provides for a moratorium of legal proceedings against the company. The success of the proposal put forward under a JM is dependent upon obtaining the approval of a special majority of the creditors whose claims have been accepted by the judicial manager.

The appeal before the Court of Appeal in Wellcom was premised upon the singular issue of whether the High Court could grant a stay of execution of an order dismissing a suit or application. Thus these observations made by the Court of Appeal may be regarded as obiter dicta. It remains to be seen whether it will become part of our JM jurisprudence in the future.

A listed company is considered distressed if among others:

It comes as a great relief that Bursa took early cognisance of the prevailing challenges. Based on two announcements made by Bursa so far, companies that have announced their distress status in 2019 and up to 16 April 2020 will now have an additional 12 months to regularise their position. For companies that have triggered distress status between 17 April 2020 and 30 June 2021, compliance with the relevant PN17/GN3 requirements is suspended, but the affected companies would need to revisit their status within a year. If they remain distressed then, normal PN 17 and GN3 rules will apply.

Regularisation plans may at times involve utilising a section 366 CA scheme of arrangement.

While it may appear counter-intuitive, implementing an M&A transaction to pre-empt a potential distressed status, with valuation remaining on a going-concern basis, could also be a viable way forward. This is especially so where a company is already considering:

The various corporate rescue mechanisms discussed in this article all have their respective challenges to overcome and requirements to satisfy. Each mechanism is designed to apply to companies in varying states of economic distress. To be candid, these mechanisms are not the proverbial miracle cure to fix the economic ailments of every single company. However, there have been instances of success that engender hope that these successes can be repeated, as in the prefaced Liberty University quote. The key is to take the first step to analyse your situation.

If you have any questions or require any additional information, please contact Alvin Julian, Tan Wooi Hong, Ang Siak Keng or the Zaid Ibrahim & Co. partner you usually deal with. 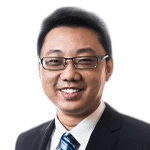 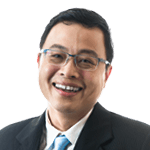