Depending on the type of development, a housing developer is required to deliver vacant possession (“VP”) of the property within 24 months (for agreements under Schedule G of HDR) or 36 months (for agreements under Schedule H of HDR). If VP is delivered after the prescribed period, the developer is required to compensate the purchaser for the delay (clause 24(2) of Schedule G agreement/clause 25(2) of Schedule H agreement).

The question that arises is this:

This was affirmed in the case of GJH Avenue Sdn Bhd v Tribunal Tuntutan Pembeli Rumah & Ors (Civil Appeal No. M-01(A)-388-10/2017) (“GJH Case”). In this case, the purchasers had purchased three bungalow units in the project. The purchasers had made the booking fee payment on 24 October 2011 and paid the remaining 10% deposit on 13 December 2011. The SPA stated that VP is to be delivered within 24 months from the date of the SPA which was signed on 13 February 2012 and VP was delivered on 14 February 2014.

The Court of Appeal, upon inspecting the SPA (Schedule G of HDR), specifically referred to the phrase “the vacant possession shall be delivered within 24 calendar months from the date of this Agreement”. The court held that it is clear and unambiguous that the actual date liquidated ascertained damages (“LAD”) is to be calculated from the date of the SPA, and not the date of the payment of booking fee. In reaching its decision, the Court of Appeal affirmed the decision in Kompobina Holding Sdn Bhd v Tribunal Tuntutan Pembeli Rumah & Anor [2017] 1 LNS 2034 where the High Court decided that the phrase “…this Agreement” in clause 22 of the SPA meant the date of the SPA, not the date of payment for the booking fee.

However, two days after GJH Case, a separate panel of the Court of Appeal decided otherwise.  The court in the case of PJD Regency Sdn Bhd v Tribunal Tuntutan Pembeli Rumah & Ors (Civil Appeal No. WA-25-177-07/2017) (“PJD Regency Case”) decided that the time for delivery of VP starts from the date the purchaser paid the booking fee. In this case, the purchaser paid a booking of RM10,000 to the developer on 16 January 2013 but the SPA was executed on 21 March 2013. The developer delivered the VP on 23 January 2017, which was beyond the 42 months stated in the SPA.

Recently in the case of Sri Damansara Sdn Bhd v Voon Kuan Chien & Anor (Civil Appeal No. W-01(A)-17-01/2019) (“Sri Damansara Case”) the Court of Appeal affirmed the decision of PJD Regency Case and did not follow the reasoning of the GJH Case. In this case, the purchaser bought a condominium and paid 10% booking fee of RM10,000 for his property on 6 January 2012. However the SPA was signed on 28 June 2012, approximately five months after the booking date. The VP was delivered on 22 December 2016 which was beyond the 42 months stipulated in the SPA.

Both the Tribunal for Homebuyer Claims and the High Court took the date of the payment of the booking fee (6 January 2012) to be the date of the SPA and LAD was to be calculated from the date of payment of such booking fee. On appeal to the Court of Appeal, the court upheld the decision of the High Court and concluded that LAD was to be calculated from the date the booking fee was paid. The court was of the view that the HDA is considered a social legislation. It is meant to protect a purchaser who is in a more vulnerable position due to the inequality of bargaining powers, against the housing developer.

However, adding to the confusion, the Court of Appeal also discussed and highlighted Regulation 11(2) of the HDR which prohibits the collection of any prior payment before the signing of the SPA. The current Regulation 11(2) provides:

“No person including parties acting as stakeholders shall collect any payment by whatever name called except as prescribed by the contract of sale.”

Accordingly under HDR, the developer can only collect payment from the purchaser upon the signing of the SPA. Regulation 13 of HDR imposes a penalty on the developer who contravenes the regulations under HDR. .

The current Regulation 13 read as follows:

(1) Any person who contravenes any of the provisions of these Regulations shall be guilty of an offence and shall be liable on conviction to a fine not exceeding fifty thousand ringgit or to a term of imprisonment not exceeding five years or to both.”

It is interesting to note that the court in Sri Damansara Case quoted that the collection of any booking fee or deposit from the purchaser is repugnant of the HDA and HDR and yet still gave legal force to “the date of the booking fee” and calculated LAD from such date.

Due to the conflicting decisions by the Court of Appeal in the above cases, we will have to wait for the Federal Court to clarify and resolve the conflicting case law. With recent cases suggesting that LAD should be calculated from the date payment was received, any developers who collect booking fees or any payment in contravention of the HDR would have to assume that delivery of VP runs from the date any payment is collected if such date is earlier than the date the SPA was signed.

If you have any questions or require any additional information, please contact Tey Lay Kim, Nurulartiah Haris, Siti Nur Farhana Binti Saharuddin or the Zaid Ibrahim & Co partner you usually deal with. 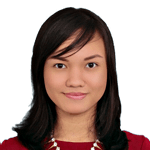