The amendments to the Companies Act 2016 (“Act”) introduced under the Companies (Amendment) Bill 2019 (“Bill”) have been widely discussed since the Bill was first introduced.

As the Companies (Amendment) Act 2019 (“Amendment Act”) has recently come into force on 15 January 2020, this article serves as a brief refresher on the key amendments made to clarify some of the provisions of the Act and improve the internal procedures of a company.

Some of the key amendments are highlighted below:

Section 66(1) of the Act states that a document is deemed executed by a company when it is affixed with the common seal or signed in accordance with section 66(2) of the Act.

The definition of “document” under section 2 of the Act provided a very broad definition that covers a wide variety of documents. This gave rise to some confusion on the extent of application of section 66(1).

The addition of the new section 66(6) now limits the documents subjected to the formalities of section 66(1) to documents that are required to be executed by any written law, resolution, agreement or constitution. This would mean that documents such as letters, invoices, purchaser orders and delivery notes issued by the company would not need to comply with the formalities of section 66(1) of the Act and can be executed by any officer or employee authorised to do so within a company. This amendment enables companies to carry out their day-to-day operations more effectively.

Under the old section 72(5) of the Act, where preference shares are redeemed out of profits or out of capital, there was a requirement that a sum equal to the number of shares redeemed to be transferred into the share capital account of the company. Under the Amendment Act, section 72(5) has been amended to clarify that this requirement would only apply in the case of a redemption of preference shares out of profits.

For further discussion on this, please see our previous article on “The Curious Case of Redeemable Preference Shares”.

Section 340(1)(c) of the Act has been amended to clarify that one of the matters to be transacted at an annual general meeting of a public company is the appointment and fixing of the remuneration of auditors.

The amendment to section 386(1) of the Act clarifies that a receiver and manager may continue to act as a receiver in respect of property or assets secured under the debenture appointing the receiver and hence would not require the consent of the liquidator or from the Court for such role.

It would no longer be a requirement for both limbs (a) and (b) of section 409 of the Act to be satisfied for the Court to dismiss an application for a judicial management order.

In addition, the Amendment Act introduced three new subsections to section 433 of the Act. Subsections 433(4A), (4B), and (4C) confers discretion to the Minister of Finance to:

This amendment reintroduces the previous provision under the Companies Act 1965, which was excluded when the Act was enacted. This provision entitles the Court to require the company initiating legal proceeding as a plaintiff to provide sufficient security for all costs and to stay proceedings until such security is given. The objective of this amendment is to protect the defendant’s interest in a proceeding where there is reason to believe that the company will be unable to pay the costs of the defendant if the defendant is successful in his defence.

If you have any questions or require any additional information, you may contact Idahani Ismas Ismail or the ZICO Law partner you usually deal with. 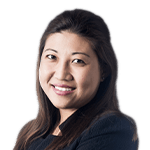