Labuan tax rules have seen substantial changes since the coming into force of the amendments to the Labuan Business Activity Tax Act 1990 (LBATA) via the Finance Act 2018. Since then, there have been further amendment acts and order, as well as pronouncements, clarification and directive made by the Labuan Investment Committee (LIC) (comprising the Ministry of Finance (Tax Division), Labuan Financial Services Authority (LFSA) and Inland Revenue Board (IRB)), and by LFSA, to address areas of concern from the industry players. This alert sets out a chronology and summary of the key changes relating to substance requirements since 1 January 2019.

The Finance Act 2018 amendments to LBATA came into force on 1 January 2019. Key changes are:

A key change under the Amendment Act 2020 is to put into effect a pronouncement made by LIC on 11 December 2019 (LIC Pronouncement 2-2019) that any Labuan entity carrying on a Labuan business activity but fails to comply with the relevant substance requirements for a basis period for a year of assessment is subject to tax under the LBATA at the rate of 24% of its chargeable profits for that year of assessment (new subsection 2B(1A) of LBATA).

The other amendments under the Amendment Act 2020 relate to detailed and increased powers of the Director General of Inland Revenue (DG) in dealing with tax matters under the LBATA, including:

The Labuan Business Activity Tax (Exemption) Order 2020 (Exemption Order 2020) was gazetted on 2 June 2020 to give effect to an earlier pronouncement on 11 December 2019 by LIC (LIC Pronouncement 2-2019 with clarification dated 20 December 2019) that exempts a Labuan entity carrying on a Labuan business activity related to pure equity holding from the application of the substance requirement on having a FTE in the LBATA. This Exemption Order 2020 comes into effect on 1 January 2019, which means that all Labuan pure equity holding entities will not be liable to any FTE requirements since the Finance Act 2018 amendments to the LBATA read with the 2018 Regulations first came into effect and operation on 1 January 2019. A Labuan pure equity holding entity is not required to have any FTE but has to comply with “management and control” requirements and a minimum OPEX of RM20,000.

The Finance Act 2020 amendments to LBATA came into force on 31 December 2020. Key changes are:

The Labuan Business Activity Tax (Requirements for Labuan Business Activity) Regulations 2018 (2018 Regulations) came into operation on 1 January 2019. These regulations specify in a schedule the (i) the minimum number of FTE required in Labuan and (ii) the minimum amount of OPEX required in Labuan for each type of Labuan entity carrying on a Labuan business activity. There are 21 types listed, most of which are licensed entities and would already have to comply with some form of substance requirements under their respective industry guidelines. What is of note are the substance requirements now imposed on insurance and insurance-related licensees (which previously could rely on appointing a Labuan insurance manager or Labuan underwriting manager to comply with substance requirements), and holding companies.

LFSA expanded and updated (in terms of FTE and OPEX for certain types of Labuan entities) on 20 December 2019 and on 21 January 2020 via pronouncements, to include Labuan entities that carry on pure equity holding activities, and Labuan “other trading” entities that carry out administrative, accounting and legal services including backroom processing, payroll services, talent management, agency services, insolvency related services and management services.

The Labuan Business Activity Tax (Requirements for Labuan Business Activity) 2018 (Amendment) Regulations 2020 (2020 Amendment Regulations) was gazetted to give effect to LFSA’s earlier pronouncements on the revision of substance requirements for certain Labuan entities as well as to incorporate the exemption provided for under the Exemption Order 2020.

This 2020 Amendment Regulations is stated to have come into effect on 1 January 2019, which is when the 2018 Regulations first came into operation.

The key amendments to the 2018 Regulations are as follows:

LIC Pronouncements and LFSA Directive on Management and Control

For completeness, the key points affecting substance requirements in the four LIC pronouncements are set out below, some of which have been incorporated into the LBATA and the Regulations, and the LFSA directive on management and control:

A FTE includes at least an officer of a managerial capacity, and other employees who are employed either on permanent or contract basis by Labuan entities, including non-managerial and clerical staff.

The FTE of a non-pure equity holding entity can be at any level, so long as the functions or job scopes are dedicated to serve the business operations of the entity.

The clarity and certainty to the tax substance requirements in Labuan provided through the Finance Act 2020 and the 2020 Amendment Regulations is welcome and certainly aids the Labuan industry players and potential users and clients in positioning their business through Labuan accordingly. 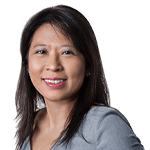