In recent years the concept of “condotel” has dominated the real estate market in Vietnam and generated a wave of interest in this type of real estate investment. The term “condotel” is very briefly a combination of “condominium” and “hotel” which is used to indicate a building that is “owned” like a condominium and operated like a hotel.

To be more specific, a more international understanding is that the owner of a condotel can either operate their condotel by themselves or leave it under the management of the developer (or any other property management company) and receive profit. In the former option, the owner may use their condotel as their own tourist accommodation or rent it out as any hotel room. In the latter situation, the authorized manager of the condotel will lease the condotel as a hotel room, generate profit from the rental and receive a management fee.

However, the legal system of Vietnam has not provided a definition of condotel or set forth any provision to regulate this type of hybrid real estate investment. While there are various permutations of the condotel concept it generally boils down to two competing concepts; (1) the condotel unit is a residential unit being constructed by a developer on residential land with the right to sell such units as residential units and which units are then offered for the buyer to participate in a rental pool which is operated as a hotel (Scenario 1, which matches the international understanding) or (2) the condotel units are constructed in connection with the construction of a licensed hotel/resort project on commercial land and such condotel units are sold to buyers for residential purpose and participation in the hotel operation (Scenario 2).

The problem with Scenario 1 is that the function of condotel is both residential and commercial but the function of the project building must be in accordance with the land use purpose. Even though buyers are entitled to “pink book”, the certificate of land use right, ownership of residential house and other assets attached to land, operation of the condotel as a hotel while it is built on residential land is prohibited.

The problem with Scenario 2 is that the construction of residential housing in general, whether it is separate house or condominium, on non-residential land, such as commercial land, is prohibited under the Law on Residential Housing. Therefore, a buyer of a condotel unit in Scenario 2 will not be granted with a “pink book”. Furthermore, according to Article 126.3 of Law on Land, the duration of lease of commercial land to implement investment projects in Vietnam must not exceed fifty (50) years for usual projects and seventy (70) years for projects with significant investment capital. Therefore, a buyer of a condotel unit in Scenario 2 is not entitled to obtain land use rights for the condotel on a stable and long-term basis. This has a chilling effect for investors and buyers resulting in the downward track for condotel purchases in Vietnam.

Since there is no definition for this new type of real estate under Vietnamese law, potential buyers are likely to be confused. Buyers who are unfamiliar with the distinction may mistake a condotel for a condominium, which can be used for permanent residence because the pre-sale of condotel resembles the sale of a residential house to be formed in the future. Another potential harm for buyers, as mentioned above, stems from the developers of condotel projects offering buyers high profits for the rental pool program (ie hotel operation). Nonetheless, some experts are doubtful of developers’ profit claims on the ground that tourism is a seasonal industry with fluctuation in revenue and more significantly, the lack of any regulation requiring developers to set aside such payments to buyers in some form of escrow account or otherwise provide a guarantee for such payment.

Developers often hold the view that land used for construction of a condotel project should be considered as “residential land with no residential unit formed” and owners of condotel units should be granted with a long-term “pink book” to acknowledge their ownership of the condotel unit. Developers argue that such an interpretation is necessary in order for the condotel real estate sector to develop.

Having the contrary view are those with the opinion that a condotel should not be considered as property for residential purpose because it will impact on related concerns such as land use and urban planning. In some jurisdictions, such as Binh Dinh Province, the Department of Natural Resources and Environment of that province granted long-term “pink books” to several condotel projects built on residential land with the explanation that the concept “condotel” is still associated with a residential purpose.

There are even divisions within the government regarding a solution for this dilemma. The Ministry of Construction (MOC) favours the idea of keeping only residential real estate for sale and condotels must be treated as investments and their owners not entitled to land use rights. Another solution, which is not endorsed by the MOC, is to give developers of the resort properties the right to sell the condotel units as residential units.

Although there is no agreement on the correct approach, the authorities, developers, and legal experts at least concur that a proper legal framework for condotels is required in order to resolve the controversy. As it currently stands the development and operation of condotels attempts to find legal basis in no less than four relevant laws, being the Law on Real Estate Business, Law on Residential Housing, Law on Land, and Law on Construction, but none of these laws provide the clear framework that is needed.

Complicating the legal situation are the various authorities that also claim some level of oversight for condotels, such as the Ministry of Natural Resources and Environment (MONRE), Ministry of Culture, Sports, and Tourism (MOCST) and the MOC. Noting the concern raised by this issue, the Prime Minister has issued Directive No. 11/CT-TTg dated 23 April 2019 on certain solutions for fostering stable and sound development of real estate market. In his Directive, the Prime Minister assigned the MOC to “issue amendments to regulations and standards for construction of various types of apartments, condotels, resort villas, officetels”. The Directive further assigned MONRE the obligation to “issue documents providing guidance on land use” and “conduct a study on amendments to land use regime, issue certificates of land use rights and ownership of other property on land” applied to certain new types of real estate such as condotel, resort villa, officetel. In the meantime, the Directive assigned the MOCST to “promulgate regulations on management and sale of condotels, resort villas”. All of the afore-mentioned assignments are to be completed within the third quarter of 2019, which means drafts of regulations are expected to be published sometime before the end of this year. 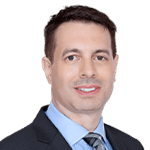 Impact of Decree 35/2020 on the Law on Competition

Highlights of Decree 91/2019 on Administrative Sanctions Relating to Land