On 25 October 2021, the Human Resources Minister, Datuk Seri M. Saravanan, tabled the Employment (Amendment) Bill 2021 (“the Bill”) to amend the Employment Act 1955 (“the Act”). The proposed amendments, among others, are to bring the Act in line with the standards and practices required by the Trans-Pacific Partnership Agreement, the Malaysia-United States Labour Consistency Plan and the International Labour Organisation.

The proposed amendments are long overdue and contains very critical changes to what is considered one of the main employment legislations in Malaysia.

A reading of the Bill reveals substantial and much-anticipated changes. A summary of the key changes are as follows:

The employer’s application for approval is subject to the following conditions:

Failure to obtain the prior approval of the DGL can attract a fine not exceeding RM100,000 or to imprisonment for a term not exceeding five years or to both.

Creation of a new offence of “forced labour”

The Bill aims to create a new offence of “forced labour”. “Forced labour”, as provided in the Bill, is where any employer threatens, deceives, or forces an employee to do any activity, service or work and prevents the employee from leaving before the activity, service or work is done. The offence carries a penalty of a fine up to RM100,000 or to imprisonment for a term not exceeding two years or both.

Extension of DGL’s power to decide on discrimination in employment

A new section, section 69F, aims to introduce another power for the DGL to inquire and decide on any dispute relating to discrimination in employment, and make an order where necessary. Failure to comply with the DGL’s order is an offence and can result in a fine not exceeding RM50,000, and for offences that are continuing, a daily fine of up to RM1,000 for each day the offence continues.

There is however no definition of what constitutes discrimination, or what protected characteristics are in the Bill or the Act, or whether discrimination in employment is actually considered as an offence. The provision simply provides that failure to comply with the DGL’s order is an offence.

Although the new provision allows for the DGL to make an “order”, there is little or no indication of what such an order could be. In contrast, the existing section 69 of the Act (DGL’s power to inquire into complaints) has extensive provisions indicating the sort of orders that can be made by the DGL.

With such wide powers being given to the DGL and little to discuss what may constitute discrimination and what are protected characteristics, there would be inevitable concerns over the opening of floodgates to claims. Based on the Bill, as it is currently, so long as discrimination is raised in a dispute, it would appear that the DGL will need to carry out an inquiry and make an order. This could inevitably involve the DGL making orders relating to matters that would customarily have been in the hands of the management, such as promotions and transfers etc.

While the section on discrimination is certainly welcomed, greater clarity is needed.

The Bill proposes to reduce the maximum working hours from 48 hours to 45 hours in a week.

Maternity leave has been extended to 90 days from 60 days, in line with that for civil servants. Where a female employee entitled to maternity leave requests to commence work within the maternity leave period, she has to be certified to be fit to resume work by a registered medical practitioner. Further, exceptions to restriction on termination of pregnant employees has been expanded to include willful breach of a condition of the contract of service, misconduct and closure. Previously, the only permitted exception was closure.

It is interesting to note that the Bill proposes to delete section 44A, which provides that maternity protection, under Part IX of the Act, applies to all female employees irrespective of their wages. This means that the current protection afforded under the Act, extended to cover those that do not fall under the scope of the Act, i.e. female employees earning more than RM2,000 a month, would be removed.  According to the explanatory statement, the rationale behind the deletion is that it is a consequence of the extension of scope of the Act. However, the proposed removal of Section 44A appears to be incongruent with an extension of scope.

The Bill introduces a requirement for employers to exhibit conspicuously a notice to raise awareness on sexual harassment (similar to health and safety notices). While this is requirement is a positive one, the Bill leaves it open to the employers to determine what should go into the notice.

WHAT TO LOOK FORWARD TO

At the time of publication the Bill is at the second reading stage at the Dewan Negara (House of Representatives). It remains to be seen how much of these amendments will be eventually passed by Parliament.

Whilst many of these changes are seen as timely, questions are abound based on a reading of the Bill. One such question is whether the provisions relating to maternity (section 44A) and sexual harassment (section 81G) still apply across the board to all employees regardless of wage levels as they have been earmarked for deletion. Both these sections were meant to “open” the scope of the Act to be applicable to all employees rather than to the limited scope of coverage in the First Schedule. Therefore, the proposed deletion of both sections, but no widening of scope in the First Schedule seems to be regressive.

This will certainly be an interesting development to follow so watch this space!

If you have any questions or require any additional information, please contact Yong Hon Cheong, Vinhothinii Rajoo or the Zaid Ibrahim & Co. (a member of ZICO Law) partner you usually deal with. 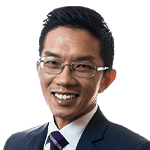