The Singapore High Court recently found that a person who had formally resigned as a director from a company but continued to play a dominant role in the company’s major corporate decisions was a shadow director and breached his fiduciary duties to the company.

A person is regarded as a “shadow director” if he has neither been appointed nor claimed to be or purported to act as a director but who in fact exercises control over the board of directors.

In the SAKAE case, the court was persuaded by the argument offered by Sakae Holdings that although one of the defendants in a joint venture vehicle (“JV”), where Sakae Holdings was a minority shareholder, had formally resigned as a director, he was, in fact, a shadow director, and therefore breached his fiduciary duties to the JV.

Some of the court’s findings on “shadow director” are worth mentioning below:

“Directors of companies may be formally appointed (de jure), not formally appointed but acting as if they had been (de facto) and the puppeteer pulling the strings from above (“shadow”). Whether he is a de jure, de facto, or shadow director, such a person owes the same duties to the company under the Companies Act and at general law …; A shadow director is a person in accordance with whose directions or instructions the directors of a corporation are accustomed to act, even though he claims not to be a director … The question whether a person is a de facto or a shadow director is a question of fact and degree …”

“On the evidence, it is clear … that Andy Ong was a shadow director of the Company … Mr Ong continued to preside over the management of the Company’s affairs throughout this period … Right from the start, it was apparent that Mr Ong intended for Mr Ho to merely be a figurehead through whom he could exert control over the Company’s affairs. It is also plain from the evidence that Mr Ong was not merely consulted on the Company’s affairs, but continued to play a dominant role in its major corporate decisions. Indeed, Mr Ong was able to, and in fact did, act unilaterally in key areas of corporate decision-making. On his part, Mr Ho was accustomed to acting on Mr Ong’s instructions in the management of the Company. Much as Mr Ong tried to create the impression that he had ceased to control the Company, his highly influential role in directing the Company’s affairs coupled with Mr Ho’s reliance on his instructions to the point of unquestioning deference show otherwise. This was a classic case of shadow directorship, in which Andy Ong controlled the Company through Mr Ho and others.”

3. Takeaway from the SAKAE Case

The High Court in the SAKAE case held that if a person is found, in fact, to be a shadow director, he owes fiduciary duties to the company and is expected to act in the best interests of the company. In other words, a shadow director attracts the same duties and obligations as a formally appointed director, the breach of which may result in liability.

This decision may be especially pertinent for investors and shareholders in companies who may not hold a formal appointment as a director of a company but nevertheless exert control or influence over the affairs of the company.

Indeed, if you believe that you are a shadow director exercising control over the company, you may want to be formally appointed as a director so as to be eligible for coverage under the relevant directors and officers’ liability (D&O) insurance. Alternatively, so as not to risk being inadvertently classified as a shadow director by the court, you may want to be careful not to interfere or exert too much control over the company’s affairs and let the board make their own major decisions.

If you have any questions or require any additional information, please contact Yap Lian Seng or Dr Qiu Yang of  ZICO Insights Law LLC. 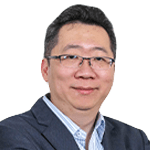