Setting up a Foreign Owned Company in Vietnam

With a fast-growing economy and large population, Vietnam is becoming an attractive option for foreign investors. However, foreign investors have faced constant challenges in stating a business in Vietnam with conflicting laws, administrative difficulties, language barriers and delays in registration/approval processes.

In recent years, the government has made considerable effort with the introduction of the new Law of Investment and the new Law on Enterprise to streamline and simplify the procedures in establishing a foreign company in Vietnam. As such, being well-aware and well-equipped early on with the information and documents required for the establishment of a foreign company in Vietnam can help a foreign investor to make an informed decision on its entry into Vietnam and to minimise any unexpected delays.

We set out below the step-by-step procedure to set up a foreign company in Vietnam and each step’s actual timeline based on our experiences.

In setting up a company with foreign investment, the process is generally as follows:

1. IRC | Application for issuance of the Investment Registration Certificate for the investment project

Department of Planning and Investment (“DPI”)

In practice: About 1-2 months and is subject to the restrictions/conditions applicable to the business being conducted.

We will provide our checklist for the documents required for the application within 1-2 working days upon engagement. Please note that corporate documents of the investor (i.e. incorporation certificate, constitution (or memorandum and articles of association), audited financial statements for the past 3 years) would need to be notarized and legalized in the country where such documents were issued. Thereafter, the legalized documents would need to be translated into Vietnamese. The entire process from notarization to translation may take 2-3 weeks.

The investor would also need a local address at this stage.

Upon receiving full and complete supporting documents pursuant to the checklist, we will prepare the draft application dossier within 3-4 working days for the investor’s review.

2. ERC | Application for issuance of the Enterprise Registration Certificate for the establishment of the company

At this stage, please note that the investor would have to decide:
(a) The management structure of the company;
(b) The organization of the company; and
(c) The legal representative.

4. Announcement | Issuance of public announcement on the company’s establishment

Timing and procedures depend on the relevant commercial bank.

7. Sub-license | Issuance of other business license/sub-license (if any)

Depends on the specific licenses required for conducting the business. 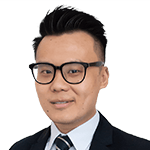 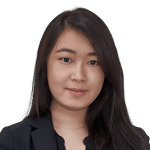 New Circular on Customs Procedures: A Solution to the Congestion of Goods during Customs Clearance in the Context of the COVID-19 Pandemic

The State of E-commerce in Vietnam