Initial Coin Offerings or “ICOs” are a new method of funding for start-ups in which digital tokens or coins are issued. In 2017, there was a massive surge in ICOs until the People’s Bank of China officially prohibited ICOs in September 2017, stating that it was affecting China’s financial stability. In the United States, it has been suggested that digital tokens should be categorised as securities so that it could be governed by certain securities law.

With regard to Thailand, ICOs are now allowed but are heavily controlled. In May 2018, the Royal Decree on the Digital Asset Businesses B.E. 2561 (2018) was published in the Government Gazette (the “Royal Decree”). According to the Royal Decree, the control of the digital asset businesses in Thailand is within the responsibility of the Minister of Finance and the Securities and Exchange Commission (the “SEC”).

The SEC has split ICOs into three categories, namely investment tokens, cryptocurrency, and utility tokens. It has been stressed that offerings to sell tokens can only be made via an ICO portal that has to first be approved by the SEC.

According to the Notification of the SEC No. Kor Jor. 15/2561 RE: Offerings of Digital Tokens to the Public, dated 3 July 2018, issued under the Royal Decree, ICO issuers must be companies established under the laws of Thailand with clear business plans and clear rights for digital token holders. ICOs can be offered to institutional investors, ultra-high net worth investors, venture capital firms, and private equity funds at an unlimited amount, but investment is capped at THB300,000 per retail investor.  At present, ICO issuers are only permitted to receive payment for issued tokens in Thai baht or one of seven cryptocurrencies which are Bitcoin, Bitcoin Cash, Ethereum, Ethereum Classic, Litecoin, Ripple, and Stellar.

To start an ICO legally in Thailand, there are a series of steps to go through. Firstly, a company desiring to issue new digital tokens must file an application with an ICO portal approved by the SEC. The ICO portal will check whether the company’s qualifications meet the legal criteria, such as whether the ICO issuer is a limited company or a public limited company established under Thai law and whether the company’s directors fall short of meeting certain criteria such as never having been declared bankrupt. Secondly, when the company is confirmed by the ICO portal that it possesses the relevant qualifications to issue digital tokens, the company must file a registration statement and draft a prospectus showing the following information to the SEC:

Thirdly, the SEC will consider the application and make a decision within 60 days of submission of documents by the applicant. Within 6 months of the company obtaining approval from the SEC, the company can then offer digital tokens to the public via the ICO portal system.

ICOs can be a great channel for a startup firm to raise money, as the potential amount which can be raised can be massive due to ICOs being such a new market, which leaves a lot of room for growth. From our point of view, the digital assets will obviously affect Thailand’s economy especially the ICOs that are now becoming more reliable for investors as ICOs have been legalised and are now regulated by law. Start-ups and business operators in Thailand will directly benefit from this as they are now permitted to issue their digital tokens to raise money from investors for their business operations. However, it must be borne in mind that if a company is looking to start an ICO in Thailand, there are numerous steps which have to be followed, as ICOs in Thailand are now regulated heavily, which may be tedious to some. Nonetheless, should companies persevere and push through the process, great rewards could possibly await them. 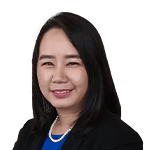 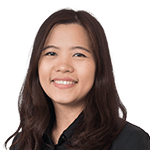 New Labour Protection Law to be Effective in 2019