CPR sets out the formation and power of the Myanmar Consumer Protection Commission (“MCPC”), committees and association in contributing towards the consumer protection sector. The rules also sets out detailed procedures for the settlement of complaints from consumer.

Under the CPR, MCPC can organise the working committee based on relevant sectors or at a Union, Regional or State level and a Consumer Affairs Committee (“Committee”) to settle disputes between consumer and entrepreneurs. The Committee can form an inspection team which has the power to investigate the relevant parties and take sample and copies of documents as evidence.

The Inspection Officer (“IO”) is a person assigned by the Department of Consumer Affairs (DOCA”) to act as an IO. They are able to take sample of the goods in question regardless of whether an investigation would be carried out if the IO considers the goods dangerous, notwithstanding whether it is distributed in the market or not. If the status of the goods or services are withdrawn from the market, either temporarily or permanent IO shall report to DOCA, through the relevant Department’s Office, to take the appropriate actions. The relevant Department’s Office refers to offices that have been form and assigned duties by DOCA throughout the Union.

CPR also sets out the procedure for consumers to make complaints for loss or damage of goods.

The consumer can complain to the relevant Department’s Office via Form 2 (Complaint Form) attached with sufficient evidence and documents. The Department’s Office will arrange for conciliation between the consumer and alleged entrepreneur and if successful, an agreement will be signed between the parties. The agreement will have to be implemented within the agreed period.

Failure to follow the agreement, action will be taken according to existing laws. The Department’s Office has the power to set out administrative penalties such as warning, replacement or compensation equivalent to loss and damage value.

The Department’s Office must transfer the complaint to the Committee if the complaint falls under the power of the Committee. CPL clarifies that complaints that does not relate to the duties of entrepreneurs, rights of consumers regarding products for which warranty is provided and warranty of services, falls under the jurisdiction of the Committee. The Committee has the power to give administrative penalties such as compensation equivalent to loss and damage value, fines, prohibiting the sale of the disputed goods or services for a limited period, or suspension or cancellation of the operating licence.

An important provision that entrepreneurs needs to be aware of is in regards to information that must be included in invoices. Sections 75 and 76 of CPR sets outs that following information needs to be mentioned:

Apart from the above-mentioned committees and relevant department, another organisation that also plays a role in consumer protection is the Myanmar Consumers’ Union (“MCU”), member of Consumers International. MCU was formed in November 2012 to protect consumer interest.

Key objectives of CPL is to allow consumers to enjoy their rights fully, protect them from loss and damage occurring due to the use and consumption of dangerous goods or services, and taking prompt actions. CPR, on the other hand, sets out the detailed steps and procedures to implement the CPL with the formation of various committees and inspection team to support the MCPC to promote consumer protection sector of Myanmar. Implementation of CPR allows consumers the right to have their disputes, relating to goods and services heard and settled, to be protected and obtain correct settlement and remedy for their loss.

If you have any questions or require any additional information, please contact Thuzar Tin, Pyae Sone Thein Htike or the ZICO Law Myanmar partner you usually deal with. 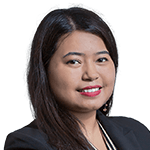 New Regulations for Registration of Organisations