In a recent landmark decision by the Federal Court in PJD Regency Sdn Bhd v Tribunal Tuntutan Pembeli Rumah & Anor and other appeals (Appeal No. 01(f)-29-10/2019(W)) (“PJD Regency”), the court affirmed that where there is a delay in the delivery of vacant possession under the Housing Development (Control and Licensing) Regulations 1989 (“the Regulations”), the date for calculating the liquidated agreed damages (“LAD”) begins from the date of payment of deposit/ booking fee/ initial fee and not from the date of the sale and purchase agreement (“SPA”). The decision of the Federal Court provides a clearer timeline for the calculation of LAD where delivery of vacant possession has been delayed.

In arriving at its judgment, the Federal Court applied the concept of social legislation, legislative history and statutory interpretation. The Housing Development (Control and Licensing) Act 1966 was in fact enacted as a legislative measure to protect homebuyers from “unscrupulous developers”.

Particularly on the issue of statutory interpretation, the Federal Court held that Regulation 11(2) of the Housing Developers (Control and Licensing) Regulations 1982 very clearly provides that the collection of booking fees, howsoever they are called or described, are prohibited. This was further emphasised by the 2015 amendment to the Regulations which made it crystal clear that no person including parties acting as stakeholders shall collect any payment, by whatever name called, except as prescribed by the SPA. The statutory SPA provides that 10% of the purchase price is to be paid simultaneously upon the signing of SPA.

Thus, if payment collected is strictly in accordance with the terms of the schedule of the statutory SPA, there is no question as to whether the date of calculation of LAD runs from the date of payment of the booking fee or from the formal date of the SPA. The developers’ counsel argued on this point, stating that while the breach of Regulation 11(2) of the Regulations might attract penal sanctions, it does not affect the substantive validity of the SPAs in these appeals.

The Federal Court sought guidance from existing case law, particularly the judgment of the Privy Council in Kiriri Cotton Co Ltd v Dewani [1960] 1 All ER 177, and echoed the sentiment in the case that the onus of compliance with the regulatory scheme of the housing legislation, being social legislation, is on the developers.

In conclusion, the Federal Court held that the courts will not tolerate the bypassing of statutory safeguards meant to protect the purchasers. While the developers might think that it is a standard commercial practice to accept booking fees, the development of the law clearly suggests to the contrary. The courts will not condone such a practice until and unless the law says otherwise. The developers’ appeals were found to be devoid of merit and therefore dismissed with costs.

From a practical viewpoint, what should developers do moving forward? As it is now settled law, there is no further avenue for appeal.

Since the decision of the Federal Court stemmed from strict compliance with legislation, it would be prudent for developers to adhere strictly to Regulation 11(2) of the Regulations and stop collecting booking fees, either through themselves, their agents or even their solicitors. This would appear to also include any form of expression of interest, even without payment of any sort.

From a commercial standpoint, this may not be the best option for developers as developers depend largely on the market outlook from the purchasers’ written intention to purchase, or “offer to purchase” as it is commonly known as. However, the law as it stands now clearly prohibits any form of expressions of interest. As such, developers will have no choice but to review their financial standings and consult with market experts before embarking on a new project. This would be the preferred option rather than getting hauled to court and slapped with hefty fines and damages. If developers still insist on collecting booking fees or any sort of payment in contravention of Regulation 11(2) of the Regulations, they would have to bear in mind that in the event there is a delay in delivering vacant possession in accordance with the statutory contracts, the calculation of LAD will run from the date any payment is collected, if it is earlier than the date the SPA was signed.

With this new settled law, it is to be seen how it is going to be implemented and interpreted by the courts moving forward, and more pertinently, whether it will open up a floodgate of litigation.

The law in relation to housing developers is clearly for the benefit of the purchasers, and that has always been the intention for consumer laws. As they say, the customer is always right! This may not always be the correct sentiment, but unfortunately the legal maxim of “caveat emptor” or “let the buyer beware” is not applicable in this situation. With this new and final development by the courts, developers have no choice but to comply with Regulation 11(2) or be prepared to face the consequences.

If you have any questions or require any additional information, please contact Angeline Cheah, Patricia Chia or the Zaid Ibrahim & Co. partner you usually deal with. 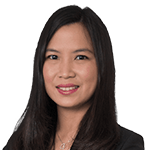 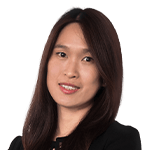