The facts in brief are as follows. The plaintiff (Kasugi) had appointed the defendant (Cobrain) as a sub-contractor for a project and two contracts were entered into i.e. on 27 December 2010 and 3 December 2012 respectively, before the enforcement of the Construction Industry Payment and Adjudication Act 2012 (“CIPAA”). Disputes arose between them and the matter was referred to statutory adjudication and both adjudication decisions were held in the defendant’s favour. The plaintiff was dissatisfied with the decision and referred the dispute for final determination via arbitration and as a result, the plaintiff instituted an application to stay the adjudications decision made. Both parties then mutually agreed to conditional stay orders subject to conditions to be satisfied by the plaintiff which, were performed by the plaintiff accordingly. There was no appeal or challenge to these orders filed by the plaintiff.

As a result of the Federal Court decisions cited above which ruled that CIPAA applied prospectively and not retrospectively i.e. it does not apply to construction contracts entered into before 15 April 2014, the plaintiff then sought an application to declare the adjudication decisions as null and void, ineffective and unenforceable as the contracts in question were made before 15 April 2014 and that the stay orders be accordingly set aside. The issue therefore was whether the decisions of the Federal Court above had an overarching retrospective effect on the stay orders made.

In dismissing the plaintiff’s application, the Construction Court in Kuala Lumpur held in the negative following the Court of Appeal decision in Hamzah Mat Sah v Ambank (M) Berhad [2017] 1 LNS 158. The adjudication stay orders could therefore not be disturbed. In making this determination the Court held that the stay orders were final as there was no appeal or pending challenge against them and as such the adjudication decisions could not be disturbed either since the decision had been subsumed by the stay orders. We would venture to add that this reasoning would apply equally to adjudication decisions that are subsumed by any other Court order not subject to appeal or challenge.

Alvin Julian, Partner in the litigation and dispute resolution practice group at Zaid Ibrahim & Co. (a member of ZICO Law) acted as counsel for the defendants, Cobrain Holdings Sdn. Bhd. in this matter. 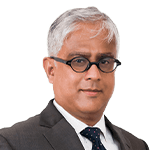 Gated and Guarded Communities in Malaysia

The Distribution of Insurance and EPF in Malaysia