Snapshot of the Lao Civil Code 2020

On 11 May 2020, the Civil Code No. 55/NA dated 6 December 2018 (“Civil Code”) was published in the Lao Official Gazette, to be effective from 26 May 2020. The Civil Code replaces and repeals civil and commercial laws containing similar provisions, including the Law on Contract and Tort, Law on Family, Law on Property, Law on Succession, and Law on Secured Transactions.

As the Civil Code replaces and repeals various legislation, there are notable changes to civil and commercial relationship. A summary of the key changes are as follows:

The adoption of the Civil Code is one of the biggest and long-awaited developments for the Lao legal system. Previously, it had been relatively difficult for those unfamiliar with Lao legal system to identify provisions of law that are relevant and applicable to their activities, given that laws and regulations governing civil and commercial transactions and relationship are set out in numerous instruments. As in most major transnational investment, one of the most important steps for investor is to become familiar with relevant domestic regulatory environment and regime, this codification of domestic private law would thus have an indirect affect in simplifying such process, thereby attracting more foreign investment.

Despite offering several developments to the system, the implementation of the Civil Code may prove to be challenging. There are a number of changes to formalities and conditions of contract, such as registration and execution requirements. With merely 15 days from promulgation date to comply with the Civil Code, on-going or concluding negotiations may be frustrated to the extent that parties involved may need to recommence the process from the beginning. Given current enforcement of lockdown measures globally, this would result in additional compliance cost on such transactions.

In addition, the implementation of the Civil Code may still need supplementary instruments to clarify principles laid down therein. For example, for the adjustment to registration process, instructions or guidelines from responsible authorities at operational levels would facilitate smooth transition of such new process and provide transparency and certainty to the system. As a result, it may take some time for the Civil Code to be fully implemented in the Lao legal system.

If you have any questions or require any additional information, please contact Tuchakorn Kitcharoen or the ZICO Law lawyer you usually deal with. 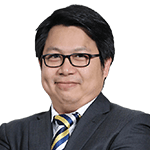 The State of E-commerce in Laos