On 13 January 2017, the Companies Commission of Malaysia (CCM) announced that the new Companies Act 2016 (“new Act”) will come into force in stages beginning 31 January 2017.

When it takes effect, the new Act will replace the existing Companies Act 1965 (“CA 1965”). Note that the date it comes into force has yet to be gazetted and thus, it is unclear at this stage which parts of the new Act will take effect first.

In this legal alert, we will consider the key reforms introduced by the new Act on how company members meet and make decisions, focusing particularly on the abolishment of annual general meetings for private companies and the changes to requirements relating to members’ written resolutions.

The CA 1965 requires a company, be it private or public, to hold an Annual General Meeting (“AGM”) every calendar year and not more than 15 months after the holding of the last preceding AGM.

Some frequently asked questions about this abolishment are:

How will this abolishment impact the operations of private companies?

The abolition of AGMs will mean that the election of auditors, the election and retirement of directors, the tabling of audited financial statements and lodgement of annual returns will be dealt with separately and not tied to the holding of an AGM for private companies. Members will still have a right to receive audited financial statements although they would not have the benefit of the forum of a general meeting to discuss and question the directors on such statements.

What is the requirement under the new Act for public companies in relation to the holding of AGMs?

The requirement for holding an AGM remains the same with respect to public companies.  Under the new Act, a public company must hold an AGM within 6 months of the company’s financial year end and not more than 15 months after the last preceding AGM and provided that it holds its first AGM within 18 months of its incorporation.

Under the CA 1965, members of a company can pass resolutions either at a general meeting or through a members’ written or circular resolution.  A written resolution signed by all members is deemed to be duly passed at a meeting.

Some frequently asked questions about this change are:

Can private companies pass any type of members’ resolution by way of a written resolution?

Yes, generally it applies to both ordinary and special resolutions.

Can private companies pass all resolutions by way of written resolution?

There are a few limitations.  For example, a resolution to remove a director or auditor prior to the expiry of his or her term of office cannot be passed as a written resolution.

What is the practical effect of this reform?

This will ease and expedite the shareholders’ decision making process. One concern arising from this change is the potential abuse of this flexibility by the majority which may prejudice minority shareholders’ interests. At physical meetings, any shareholder can voice his or her views and opinions to garner the support from other shareholders, while the procedure for passing a written resolution may deprive shareholders of this opportunity.

If you have any questions or require any additional information, you may contact Gilbert Gan, Joan Ting or the ZICO Law partner you usually deal with. 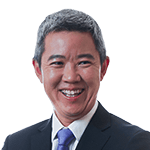 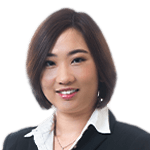 Launching of the National Policy on Good Regulatory Practice (NPGRP)