The Promulgation of the New Mining Law: A brief overview

The finalisation of the draft bill for the New Mining Law was announced on 13 May 2020 by the Indonesian House of Representatives, when the country was in the early stages of adapting to the COVID-19 pandemic.

While the overall response from the industry is positive as the New Mining Law promotes business certainty and may help create new jobs, there remain claims that the New Mining Law is sidelining the environment, local communities and regional administrations.

In this article, we will discuss some of the key highlights of the New Mining Law and our take on such matters.

The New Mining Law shifted the authority to control mining and coal from the Governor/Regional Governments to the Central Government (through the Ministry of Energy and Mineral Resources) instead of through regional governments to streamline the process.  Under the New Mining Law, the Central Government is authorised (after consultation with the House of Representative (DPR)) to determine the amount of production, sales, and price of metal mineral, certain types of non-metal mineral, or coal (due to national interest).

Under the new centralised system, it is hoped that overlapping licensing issues and time-consuming bureaucracies (which are typically found in practice) will be obsolete from the previous Mining Law and its implementing regulations.

The mining business activities are carried out based on business licenses from the central government.  These include (i) business identification number, (ii) standard certification, and/or (iii) permits/licenses.

Whilst the Central Government has the authority to issue the above-mentioned licenses, such authority could be delegated to Provincial Regional Government.

The New Mining Law provides companies with Contract of Work (“Kontrak Karya or KK”) or Coal Contract of Work (“Perjanjian Karya Pengusahaan Batu Bara or PKP2B”) a guaranteed extension in the form of a Special Mining Business Permit as a Continuation of Operation of Contract/Agreement (“Post Contract IUPK”), under certain requirements and in observation of efforts to increase state revenue (e.g. through the rearrangement of taxes and non-tax revenues and the area for the Post Contract IUPK).

In addition, when applying for a Post Contract IUPK, the relevant KK and PKP2B companies can also apply for additional area outside of the IUPK Area for its Production Operation activities in order to support its mining areas.

Under the New Mining Law, holders of Operation Production IUP or IUPK whose shares are owned by foreign shareholders are required to divest the shares of its foreign shareholders up to 51% in tranches to the central government, regional governments, state-owned enterprises (“SOEs”), regional-owned enterprises (“BUMD”), and/or national private companies. If private sales are not successful, the divestment will be carried out through the Indonesian stock exchange.

At a certain period, the maximum foreign shareholding in the relevant IUP/IUPK shareholder must not exceed 49%. The timing as well as the procedures to implement this obligation will be regulated further in a government regulation.

The divestment obligation appears to be consistent with currently prevailing divestment obligation under the implementing regulations of the 2009 Mining Law, however the New Mining Law does not specify the tranches and the applicable percentage for each tranche.  This begs the question on whether the government is planning to amend the current divestment period (which begins at 20% on the sixth year and ending at 51% on the 10th year) under the New Mining Law’s implementing regulations or the cumulative divestment threshold of 49% at maximum within five years of the operation of the mining activities that is being regulated.

The New Mining Law now allows the transfer of IUP and/or IUPK with a prior approval from the Minister of Energy and Mineral Resources.  The approval may only be granted if the holder of the IUP or IUPK is able to meet a number of requirements, which include having completed the exploration activities and fulfilling certain administrative, technical and financial requirements.

Under the implementing regulations of the 2009 Mining Law, a prior approval on a proposed share transfer in an IUP or IUPK holder from the Minister or the governor (as applicable) is required.  Pursuant to the New Mining Law, as certain authorities of the regional government have been shifted to the Central Government, the authority to issue an approval on a proposed share transfer lies with the Minister.  Shares referred here are shares that are not listed in the Indonesian stock exchange.

Similar to the transfer IUP and IUPK, the approval for the transfer may only be granted if the holder of the IUP or IUPK is able to meet a number of requirements, which include having completed the exploration activities and fulfilling certain administrative, technical and financial requirements.

The New Mining Law obligates and encourages mining license holder to utilise mining road in the implementation of mining business activities, such mining road be self-built by the holder of IUP and IUPK or cooperate with other entities such as: (i) other holders of IUP and IUPK who builds the mining road, or (ii) other parties who owns a road that may be intended as mining road, after meeting mining aspects of safety.

The New Mining Law obligates the IUP and IUP holder to allocate funds for community development and empowerment programs with a minimum amount determined by the Minister. This is considered as an improvement as there has not been any clear instruction on how much fund is to be set aside by mining companies for CSR activities.

Further provisions on this obligation will be further regulated under the Government Regulation.

The New Mining Law requires the Operation Production IUP or IUPK holders to carry out reclamation and post mining activities at a 100% success rate prior to relinquishing or returning any part of the mining permit area (“WIUP”) or special mining permit area (“WIUPK”) to the Government. Former IUP or IUPK holders whose IUP or IUPK has expired are also subject to this obligation and place post-mining guarantee fund.  If the area in question meets the criteria for use, the placed reclamation and/or post mining funds will be claimed by the Central Government in accordance with the prevailing laws and regulations.

The New Mining Law amended a number of criminal sanctions previously provided under the 2009 Mining Law, as follows:

If you have any questions or require any additional information, please contact Afriyan Rachmad or Anggi Yusari of Roosdiono & Partners (a member of ZICO Law). 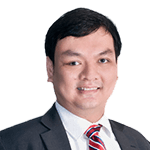