The recent decision of the Federal Court of Malaysia in SKB Shutters Manufacturing Sdn Bhd v. Seng Kong Shutter Industries Sdn Bhd & Anor [2015] 6 MLJ 293 has caused much concern as it will have a significant impact on patent practice in Malaysia.

On appeal to the Federal Court, the Federal Court agreed with the Court of Appeal that the correct approach in assessing novelty would be to compare the claims of the patent in issue with the prior art. The Federal Court held that Claim 1 and Claim 11 of the SKB Patent, which are the independent claims, lack novelty and hence, invalid.

The Federal Court further held that Claims 2 to 10 of the SKB Patent, which were dependent on Claim 1 were also invalid. It is pertinent that no assessment was made either in the High Court or the Court of Appeal on the validity of the dependant claims.

The Federal Court noted that under the Malaysian Patents Act 1983, there are no express provisions which allows for a patent to be amended when its’ validity is being challenged in Court. In this regard, the Federal Court distinguishes the Malaysian position from that in the United Kingdom where section 75 of the UK Patents Act 1977 expressly allows for amendment of a patent where its validity has been put in issue before a court.

The Federal Court distinguished the Malaysian position from that taken by the UK Courts where under section 63 of the UK Patents Act 1977, a partially valid patent without amendment can be enforced.

The Federal Court also affirmed the Court of Appeal’s finding that the SKB Patent lacked inventive step and held that the construction of patent claims can be determined without the assistance of persons skilled in the art. The Federal Court stated that any assistance required could be from an expert as an “unimaginative skilled addressee” and he need not approximate a person skilled in the art.

The decision and the rationale of the Federal Court in regard to dependent claims would have significant effect on patent prosecution and the drafting of patents in Malaysia. Given that there are no express provisions in the Malaysian Patents Act 1983 to allow a patent to be amended when the validity of the patent is challenged in Court, patent holders and patent applicants are now faced with the dilemma whether to amend their patents so that each dependent claim is now drafted as an independent claim notwithstanding that this would be contrary to the accepted patent practice and patent drafting worldwide and also contrary to Regulation 14 of the Malaysian Patent Regulations 1986 which provides that “Any claim which includes all the features of one or more other claims (“dependent claims”) shall contain, if possible at the beginning, a reference to the other claim or claims and shall then state the additional features claimed”. The Federal Court appears to have overlooked the fact that dependent claims operate to narrow down the scope of the claims. Therefore, if the independent claim is invalid for lack of novelty or inventive step, the dependent claims do not automatically become invalid only by virtue of their reference to the independent claim. Each dependent claim would still need to be assessed against the available prior art that is available to determine its validity.

It would also appear that the Federal Court has adopted a very narrow reading of section 56(3) of the Malaysian Patents Act 1983 to apply only to independent claims. Further, it would be an absurdity if the Court has the power to declare some claims or parts of a claim to be invalid and yet has no power to enforce a partially valid patent.

Person skilled in the art

Is the Federal Court advocating doing away with the standard of an “unimaginative skilled addressee”? Whilst the testimony of an expert in a patent trial would assist the Court, it is our view that it should not override or substitute the applicable standard for assessment of novelty and inventive step by a person skilled in the art who is an “unimaginative skilled addressee”.

If you have any queries or if you need more information about the court decision, please do not hesitate to contact: 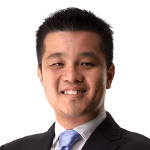